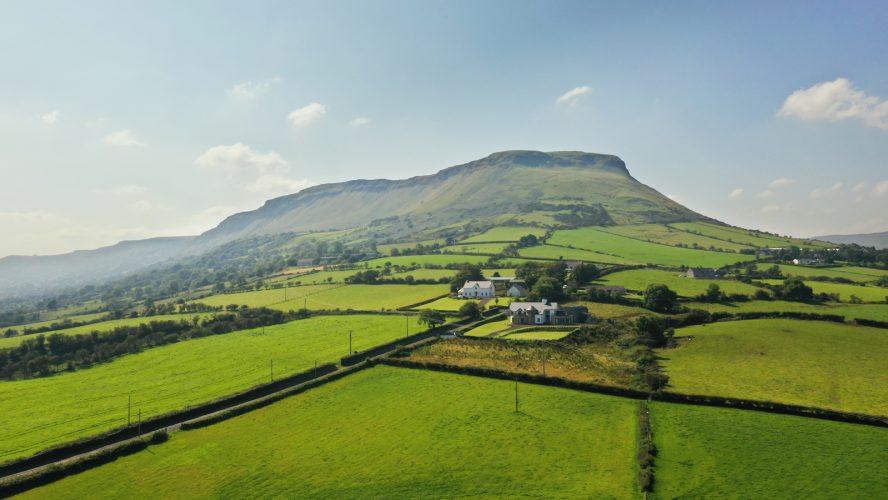 All participants in the Who Do You Think You Are? programme agreed to take part in oral history interviews which explored what they already knew about their family background, their sense of identity, and how willing they were to discuss it.

As might be expected, there were a many different answers. The quotes below are just a small sample of the range of responses.

“In terms of the identity and the community, I think that when we were a local district council, it was a very strong identity from Bushmills right across to Cushendall and Cushendun, the Glens of Antrim and Moyle. However, I think some of that identity has been lost with the amalgamation of the different councils.”

“I see it as middle of the road, non-partisan because my father was Catholic, my mother was protestant. So, we were brought up in a very neutral atmosphere at home. I don’t really have any left or right sided identity at all. I just feel I’m sort of middle of the road.”

“I think it [talking about identity] has got better, definitely people are more prepared to speak out and people can accept you for who you are, or not as they like.  I still think for a lot of Irish and Northern Irish people, there’s probably a sensitivity around it, and I don’t know, it might take generations for that to go away.”

“I think the barrier with the Irish Language Act three years ago that brought [the Northern Irish Assembly] down has actually compounded the fears that people had in the past. That nobody wants us because we’re Irish, and yet, we’re the people that have the strongest links here.

“I think there is still problems in terms of people talking freely about their sense of identity. It’s not a taboo subject by any means, but I think that you’re always careful who you’re talking to in relation to how strong a point you would make in relation to your cultural identity. I think that’s probably on both sides. But in the Glens, if you’re talking to somebody from that area, it would be obviously easier to share that cultural identity than somebody from outside of that; it would be slightly more difficult.”