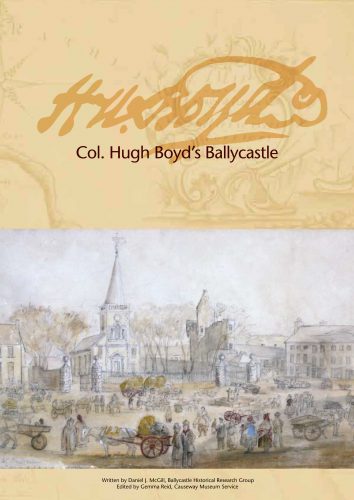 Guided by the entrepreneurial spirit of Col. Hugh Boyd, Ballycastle was transformed during the 18th century from a small fishing port and market village into a vibrant industrial centre, within just a generation.

Boyd developed Ballycastle’s collieries and salt works, built the harbour and glass house and established a variety of other industries in the town. As a result, Ballycastle became the most important industrial centre on the north coast, and played a vital role in the growing Irish economy.

Working with the local community, Ballycastle Museum has been documenting the surviving material heritage of Ballycastle’s industrial past and raising public awareness and appreciation of this fascinating period in our history. 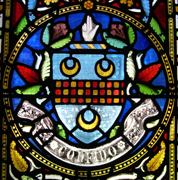 Hugh Boyd was born in 1690 at Drumawillen House in Glentaisie. He was the second son of Rev. William Boyd, vicar of Ramoan 1679-1681, and Rose McNeil, the great grand-daughter of Hugh McNeil, who was appointed first Constable of Dunynie by Randall MacDonnell and awarded lands that were the foundation of the Ballycastle Estate.

Hugh inherited the estate in 1711, aged 21. He became manager of Ballycastle Colliery Salt Works and Co. and quickly began expanding the business. His greatest legacy lies in the development of the collieries and the construction of the harbour to ship coal to Dublin and Belfast, establishing Ballycastle as vibrant industrial centre and fuelling the Irish Industrial Revolution.

Coal and Salt – the spark of Ballycastle’s industry

Salt production and coal mining have shaped the landscape from the Pans Rocks to Fair Head. Coal was mined to feed the salt pans, which were in operation from before 1629. After Hugh Boyd took control of the collieries in 1735, he opened three new mines and built a good harbour and a double tramway enabling large scale export for the first time. Ballycastle’s coal exports fuelled industrial growth in Dublin and Belfast; Boyd claimed that the supply of Ballycastle coal had saved the nation £829,000 by 1759.

In 1737 Hugh Boyd was granted £10,000 by the Irish Parliament for a harbour at Ballycastle. The work was guided by Mr Steers, who was building both Liverpool Docks and the Newry Canal.

The east pier was built on the strand using boxes of oak piles driven into the sand and filled with stone. A shorter west pier narrowed the mouth of the new harbour just below Port Brittas. A new channel for the Tow and Margy rivers was cut across the strand and lined with piles, some of which may still be seen at low tide. An inner dock was added later, making a safe anchorage for ships behind lock gates. A wooden tramway from the White Rocks quarries crossed a ‘turning bridge’ over the passage between the docks and continued over a bridge across the Margy to the collieries – this was one of the earliest recorded railways in Ireland.

Unfortunately by 1756 storm damage and an attack of Teredo worms ate had wrecked both piers and left the harbour filled with sand. Boyd built new pier of limestone and sandstone. As Ballycastle’s industrial output grew, exports of salt, linen, kelp, leather, oats, butter and wine bottles followed the coal. Imports of Norwegian timber, Welsh slates and window glass from Bristol came back. Boyd also brought in grain and flour from America to produce cheap bread for the workers when local supplies were scarce.

However, after Boyd’s death in 1765 the east pier was wrecked again and the harbour filled with rocks and sand so that it was useless for anything larger than a small fishing boat. By the middle of the 19th century the inner dock had become the town dump. Later on, so much sand had blown into the outer harbour that a house was built on it opposite the Marine Hotel.