Avril McCabe – Big Telly Theatre Company utilises a space which was previously used as a bank, pharmacy and private home. The box appears initially as a children’s building block, displaying the historical links of the retail space. The Jack-in-the-Box represents the long history of the building as these toys were known since the 16th century and also the surprises and adventures that Big Telly continually make happen in this space. 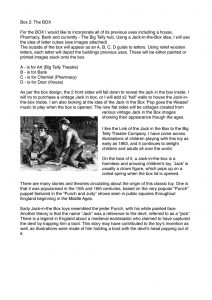 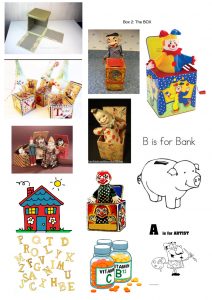 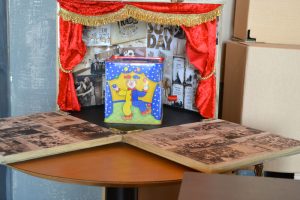 You can view the Box Memory Book HERE.