David Turner – This site has been home to an ice-cream parlour, a café and an Indian resturant. Shenanigans was also started and run by an Indian family for many years, and so I was very interested in putting something in the box that would reflect the rich Indian culture. I decided that a LEGO Taj Mahal would be instantly recognisable. I decided to add two mirrors on the inside of the box so the art work would be reflected from different angles and give a sense of space within the box as the scene was of an outside building rather than an enclosed space. Total no. of Lego pieces: 1,000. 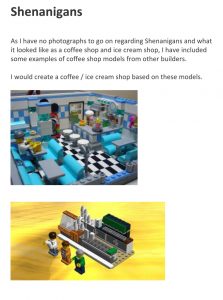 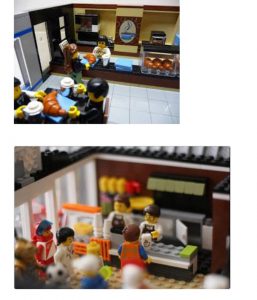 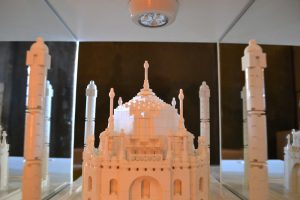 You can view the Shenanigans Memory Book HERE.