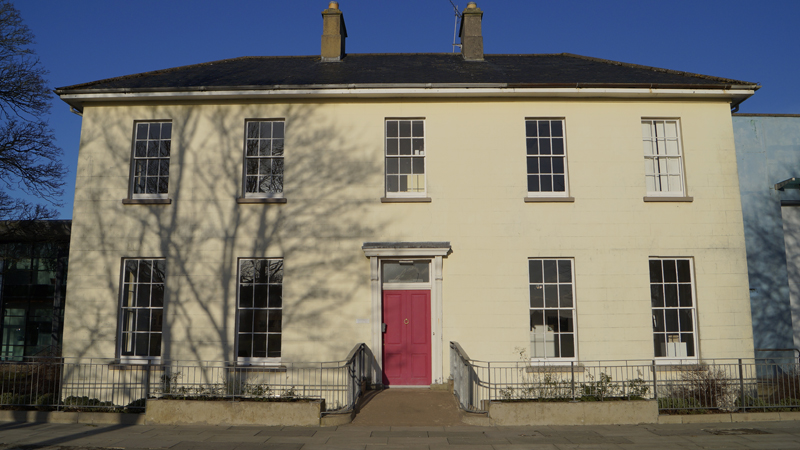 Avril McCabe – While Flowerfield Arts Centre has an exciting new look, this box has also taken into account the elegance of the Victorian house, which was built in 1855 and still remains at the heart of the facility. The Munroe family occupied the Victorian house in the early 1900s. A chandelier hangs, lavish in appearance, though made of shackles on closer inspection. This captures the story of ‘Half Hanged McNaghton’ and could be extended to the Victorian period as a whole. Characteristically known for its grandeur and glamour, yet largely characterised by the struggle of working class people.

Pauline & Joshua – The inspiration for the Flowerfield soundscape involves a mixture of the sounds heard at one of the many banquet parties held at the manor leading us into an interview with Barbara McIntyre. Barbara’s mother was the housekeeper at Flowerfield for the Mnroe family in the 1930s and she tells the stories of her mother’s memories and experiences working at Flowerfield. Listen out for the soldier’s pursuit in capturing the criminal McNaghton who hid in Flowerfield under one of the skirts of the ladies. 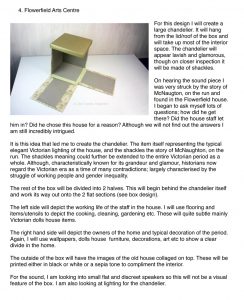 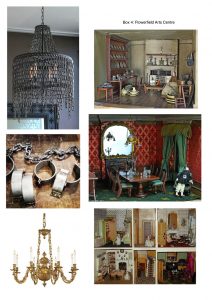 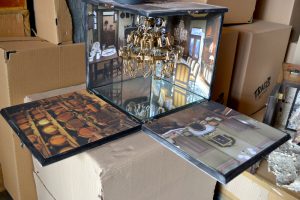 You can view the Flowerfield Memory Book HERE.