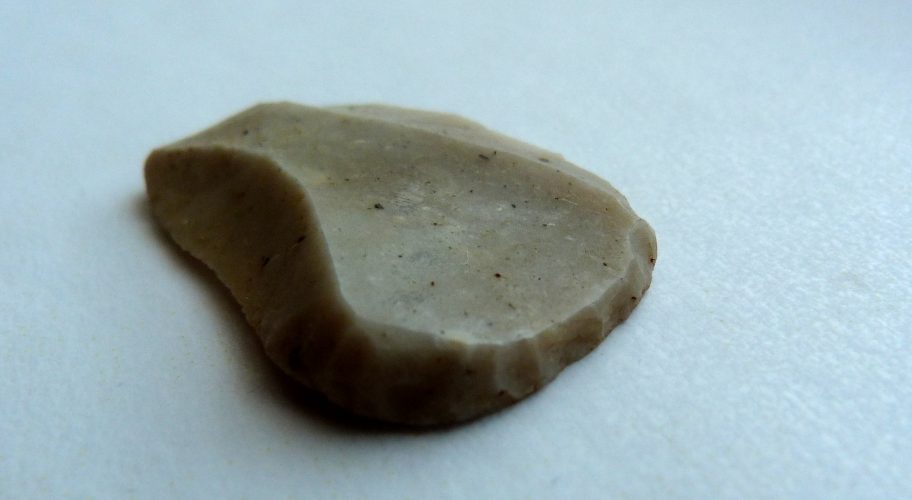 This object was found during a pheasant shoot at Glenullin, just sitting on the ground. It may have been brought to the surface and exposed as a result of ploughing or other agricultural work.

The piece of grey flint has been finely worked to produce and end scraper. Both sides are cleanly struck to produce blades, while and the distal end has been steeply retouched to form the scraping edge.

Diverse types of scrapers were used from the Mesolithic period to work animal hides and wood. The steeply angled working edge in an end scraper was used for flensing – removing the fat from animal skins – or for softening and dressing hides.