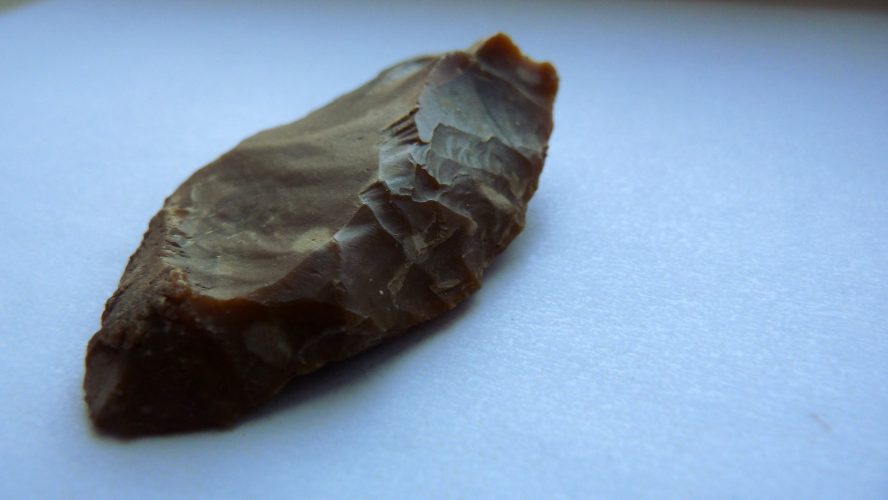 The owner of this object discovered it while raking a garden. Unfortunately it is impossible to say whether the object came originally from the garden itself, or had been brought in as topsoil at some point during the garden’s creation.

The toffee-coloured flint tool is a two-bladed tool known as a plano-convex knife. The dorsal surface has been roughly shaped, while the bulb of percussion is still clearly visible on the unworked ventral surface. Unlike some plano-convex knives, the striking platform on this example is clearly visible, showing where the blade was struck from its core. Both edges have been extensively retouched to form sharp blades. The retouch is especially fine along most of the left edge, although the distal end does retain some cortex.

Plano-convex knives first appear in the Neolithic period but their use extended into the Early Bronze Age and, perhaps, slightly later. They probably served as a multi-purpose knife, replacing the butt-trimmed blades of the Late Mesolithic.