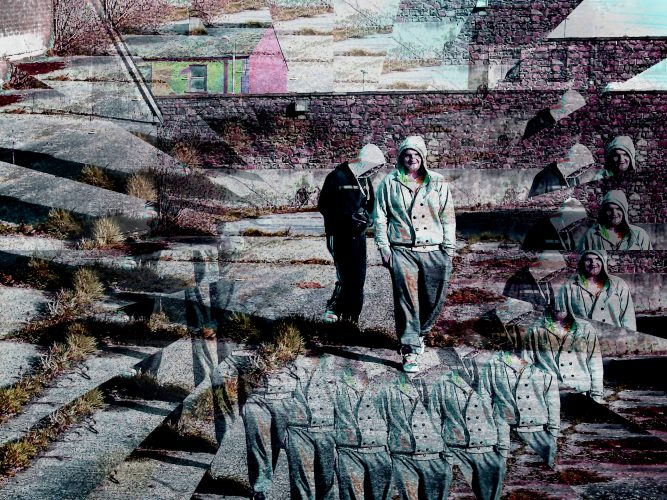 Coleraine Market Yard
Coleraine Market Yard has been in a derelict state for some years. In 2011 it is about to undergo major changes.
The first stage is conservation work where some of the dangerous structures will be removed and work will be
undertaken to preserve and maintain the interesting features, particularly the superb 1828 walls and gatehouse.

The site is intended to become the site of the new regional museum when funding becomes available.

The process of change will be officially documented, but it was thought that it would be very interesting to take an
artistic perspective. Two  groups of young people were invited to the Yard and asked to interpret whatever they
chose. In whatever way they chose. 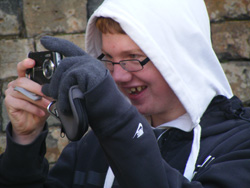 Two groups of young people, currently being educated outside the school system, were invited to take part in
the project. The question was “What do you with a wall?”

“Paint on it!” was a quick answer. This could be graffiti, ranging from obscene scribbles to Banksy artworks or
the widespread Ulster tradition of painting murals.

The  youths were given a presentation on the Re-imaging Ulster project which has facilitated the removal of sectarian
murals and their replacement with cultural and community themes.

They were then invited to the Yard where they learned of its history as an agricultural market. They were provided with
cameras and invited to photograph whatever they chose. 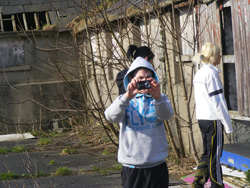 A series of sessions were held with digital artist, Tim Doak. The young people set about choosing and creating digitally
an image which they would like to paint on the wall. Themes varied from the history of the yard, to local landscapes to
sectarian issues.

The images will be printed and exhibited as 12 foot long banners on the walls of the yard.

The groups involved were EOTAS and Sunlea Guidance Centre. The project was funded by Peace III as part of the Cultural Fusions
Project.