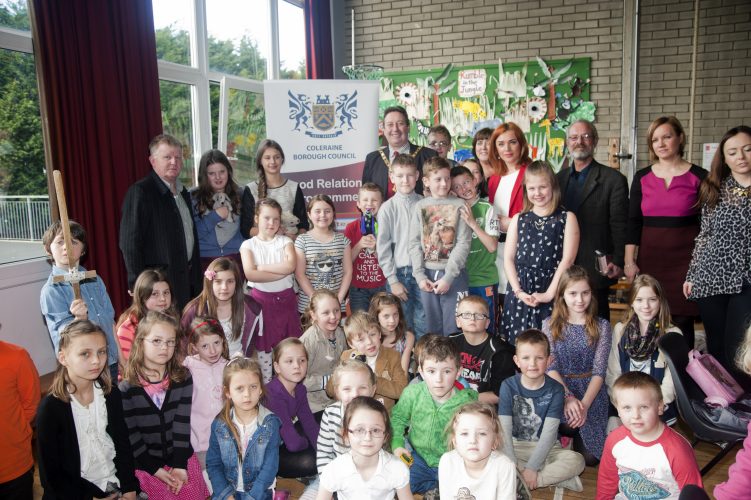 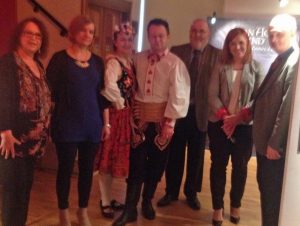 OPENING OF ‘TREASURES OF THE MIDDLE AGES’On Saturday 5th April the Mayor, Councillor David Harding, opened the ‘Treasures of the Middle Ages’ exhibition in Coleraine Town Hall. This travelling exhibition showcases stunning medieval jewellery from the State Archaeological Museum in Warsaw, Poland.  The Mayor, Councillor David Harding, said, “We are very privileged, here in Coleraine, to have such an impressive and important exhibition on display. I would encourage everyone to go into the Town Hall and see the beautiful artifacts and learn a little more about Polish culture.” 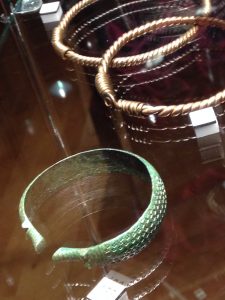 “Items worn by the nobility were made from gold, silver, bronze and glass while other people often wore objects made from copper, tin and even lead. In medieval times the type of jewellery a person possessed often indicated their status in society as well as their wealth and this topic is dealt with in the exhibition.

“One of the highlights of the exhibition is the section on the Borucin hoard which was discovered in northern Poland in 1856. The objects found date to about 1050 and include a total of 36 objects, ranging from gold and silver beads to disc pendants, a ‘lunula’ or moon-shaped pendant, and an amulet case.” The exhibition also features ColeraineMuseum’s ‘My Polish Treasure’ which was developed with Coleraine’s Polish Saturday School. Pupils at the school selected their most treasured possession and explain its significance to them. Also on show is Limavady Museum’s Broighter Hoard display, including a replica of the Broighter boat.

The exhibition is open now, Tuesday to Saturday, 11am until 4pm (excluding public holidays) until the 21st June 2014. Entry is free for everyone. 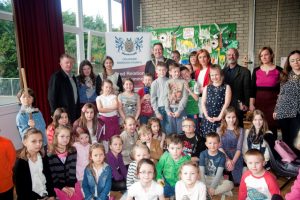 On Saturday the 15th of March the Polish Saturday School in Coleraine hosted a special ‘My Polish Treasur’e event for the Mayor of Coleraine, special guests and the rest of the school. Working with the Causeway Museum Service, pupils at the school had been tasked to think about an object which was their ‘Treasure’ – the object which was precious to them, although it may be of no value to anyone else. All of the eighty children in the school contributed an artwork containing a picture of their ‘Treasure’.

Ten of the children presented their ‘Treasure’ and told its story to a packed hall in St John’s Primary School. Pupils of the school, parents, members of the Inter-Ethnic Forum, Coleraine Historical Society and Councillors also enjoyed some Polish dancing and pastries. The ‘My Polish Treasure’ project received financial support from OFMDFM through Coleraine Borough Council’s Good Relations Programme. 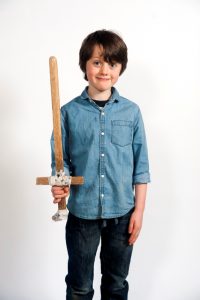 The pictures and stories from the project will be exhibited in Coleraine Town Hall alongside the major touring exhibition “Treasures of the Middle Ages”. This exhibition has been developed by the State Archaeological Museum in Warsaw. It is being presented in Coleraine by Coleraine Museum from the 5th April to the 21stJune. The exhibition contains gorgeous rings, necklaces, earrings, bracelets, crosses and buckles from the Middle Ages found in Poland, Belarus and Ukraine.

In addition to ‘My Polish Treasure’ there will be a display illustrating local Iron Age Treasures.