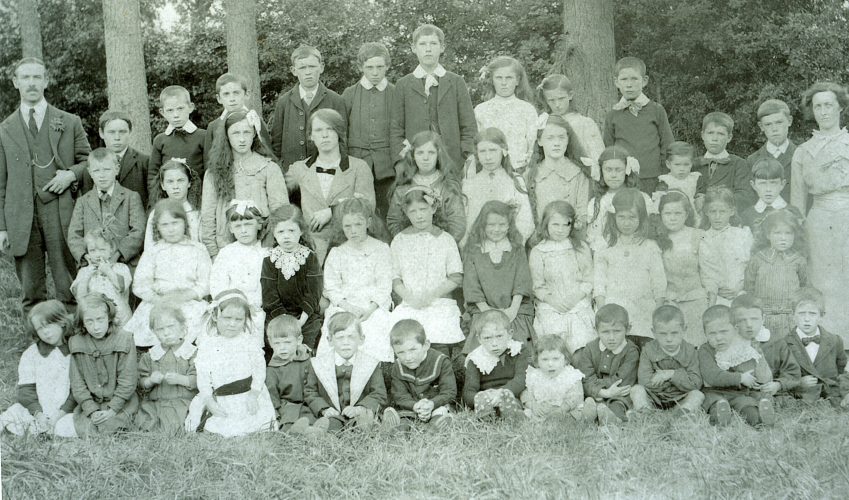 The Gelvin Townlands Project was carried out by members of Gelvin Community Association History Group, who set out to explore the heritage of the area, and the stories and histories of those who lived and worked there from 1850 to the present day.

This archive attempts to bring together this research, which is a unique historical record of the fifteen townlands which make up the Gelvin area, Ballymacallion, Ballyness, Camnish, Derryork, Drumadreen, Drumneechy, Drumaduff, Formil, Glebe, Gortaclare, Gortnagross, Inishconagher, Lenamore and Mulkeeragh, and details the social and economic changes experienced by their communities during the past 150 years, and to make the information available to anyone with an interest in the area and it’s people.

The Gelvin Townlands Project shows just how much can be achieved by a local group exploring it’s own heritage, and hopefully will provide interest and insight into the past of the area for generations to come.

The townland, as a geographical naming and identity, is unique to Ireland, giving every corner of the land a name and identity. There are approximately 62000 townlands in Ireland with 9000 in Northern Ireland. They can vary in size from less than ten acres to several thousand acres but whatever their size townlands and their names are important to many rural dwellers sense of place. It should also be remembered that many areas of our towns and cities are known by their old townland names or have them used as street names, eg. RATHBRADY, COOLESSAN AND BALLYCLOSE in Limavady.

The origins of townland names date back to before the arrival of the Normans in 1170 and they were used as the basis for the Plantation grants in the 16th and 17th centuries and by the landlords for sub-letting on the great landed estates.

Most townland names are Anglicised versions of the Irish names but some are more recent and of Ulster-Scot origin, eg. M’LEAN AND PARTNERS DIVISION in Faughanvale. Many derive from easily identifiable natural or man-made features such as DRUM meaning Ridge (Irish DROM), eg DRUMSURN, DRUMGAVENNY, DRUMADUFF and DRUMNEECHY in the Gelvin area. Another origin of a townland may be the name of a prominent family,, eg. BALLYMACALLION  in the Gelvin area. 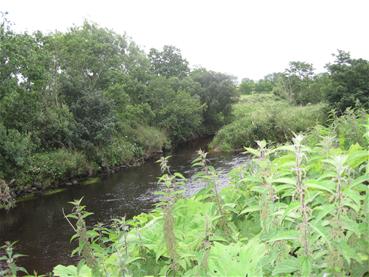 The Gelvin Burn joins the River Roe between Drumneechy and Inisconagher

BALLYNESS – Baile an easa – Townland of the Cataracts
2190 Acres

DERRYORK – Doire orc – The Oak Grove of the Pigs
643 Acres

THE LANDLORDS OF GELVIN

In 1610 a contract was signed by King James and the City of London Guilds to “plant” the county of Coleraine (now Londonderry). Shortly afterwards a lottery was drawn to allocate the various areas to individual guilds and the area from the south of Magilligan to the townland of Scriggan, north of Dungiven, skirting the Limavady estate of Sir Thomas Phillips on the eastern bank of the River Roe was given to the Haberdashers Guild. The estate surrounded the town land of Ballyness which had been granted to a “deserving Irish”, Gilduff Og O’Mullan, who lost the property after the 1641 uprising.

Initially the estate was in the management of two of the Guild members, William Freeman and Adrian Moore who used their names to give the name to the estate, the Manor of Freemore. They employed as their agent Tristam Beresford who had originally been sent by the City Guilds to start building the towns of Londonderry and Coleraine. Beresford was a native of Kent and started planting by granting leases to two men, Warren and Cooke, for five town lands. However the Haberdashers found the expense of planting too onerous and in 1617 a lease of 51 years was granted to Sir Robert McClelland from Bombie in Kircudbright in Scotland for the whole manor of Freemore at an annual rent of £350-10 shillings.

McClelland built a castle in the town land of Ballycastle in the parish of Aghanloo and brought over tenants from his father’s estate in Scotland. Over the years he was probably the most successful of all the landlords in the county. On McClelland’s death the estate passed to his son-in-law, Sir Robert Maxwell of Orchardtoun near Dalbeattie.

By 1654 control of the estate was in the hands of Sir Robert,Tristam Beresford Jr, George Phillips of Limavady and Daniel Manus O’Mullen ( an Irish protestant but a connection to Gillduff Og O,Mullan cannot be found.) By 1657 the son of Tristam Beresford, Randal Beresford, had a major share in the estate. In 1674 the Guild sold the whole estate for £1200 and by 1686 most of it was in the hands of the Beresford family although peripheral areas belonged to the Jackson,Upton and Carey families.

Tristam Beresford Jr. was created Baronet of Coleraine in 1665 and his great-grandson, the fourth Baronet, married Lady Catherine de la Poer, oldest daughter of James de la Poer, third Earl of Tyrone. In 1720 he was created Baron Beresford of Beresford, in the county of Cavan, and Viscount Tyrone. In 1746 he was made Earl of Tyrone. Four years after his death his wife was granted the title Baroness La Poer. Lord Tyrone was succeeded by his fourth eldest but surviving son and inherited his mother’s title, Baron La Poer in 1769, all the above titles being in the peerage of Ireland. However in 1786 he was created Baron Tyrone of Haverfordwest in the county of Pembroke in Wales in the Peerage of Great Britain. Three years later he was made Marquis of Waterford in the Peerage of Ireland. The title which can be seen on the Griffiths Valuations for the Gelvin townlands is that of the third Marquis who died in 1859 when the Manor of Freemore, with other manors throughout Ireland, were slowly being sold off. The title continues today.

The ancestral seat is the Curraghmore Estate, near Portlaw, Co. Waterford and the family once owned Tyrone House in Co. Galway. This house is now a ruin.

PS It may be of interest that the man who leased the Skinners’Estate in Dungiven was Sir Edward Doddington who had married Ann Beresford. She outlived her first and second husbands and when she died in 1679 the Fishmongers’ estate passed to Edward Carey, the son of John Carey who had married Lady Doddington’s sister, another Beresford. The Beresfords also had an interest in the Fishmongers’Estate in Ballykelly when the Fishmongers Guild leased the estate to Randal Beresford in the early 1660s until the Guild took over direct running of the estate in the early 1800s.