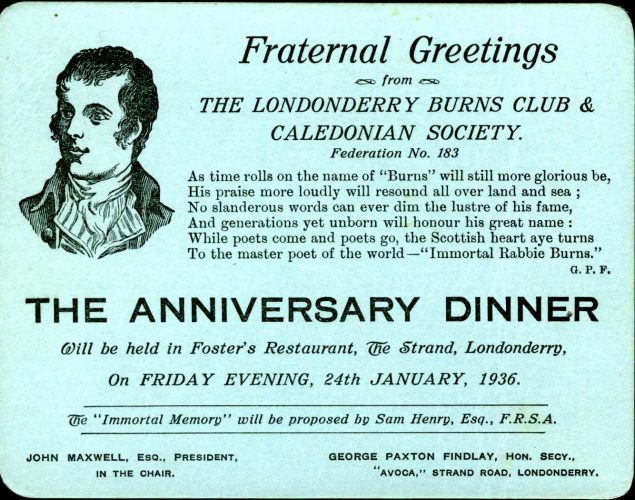 Coleraine Museum received funding from the Ministerial Advisory Group (MAG) Ulster-Scots Academy, Department of Culture, Arts and Leisure to scan and catalogue part of the Sam Henry Collection in 2014.

The focus of this project was the songs that Sam collected, some of which featured in his ‘Songs of the People’ series that ran weekly in the Northern Constitution between 1923 and 1939. In his own words, the aim of the series was, “to search out, conserve, and make known the treasures of the Songs of the People… The editor will welcome any songs of the people, and will try and rescue from oblivion the treasures that once made the glowing fireside of our native land reflect their brightness in the hearts of the people.” This collection of folk music is the largest of its kind in Ulster in the inter war period and is therefore of significant interest. It gives an insight into the music played and remembered across Ulster, as well as local dialect and language of the time.

The documents catalogued are available here

The findings of the project were presented at a lecture in the Ulster University, Coleraine
campus. Click here to read the script.