…the memories are there.

Where do we come from? Life stories.

“I was born in a place called Bajwara in the north of India. It had a population of around 500 people, it was a very small village. I was born in 1947 and came here to Northern Irelandin 1963, after finishing my high school, to join my father. I also brought my mother over with me. After my education I worked as a cartographer and after that I became self-employed. I have been self-employed for most of my life and am looking forward to my retirement shortly.” 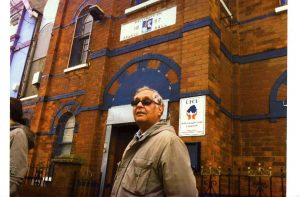 “I did pre-medical in India and – you’ll love this when I tell you – when I came to Northern Ireland I thought life would be easier because my dad wanted me to become a doctor in India. I thought it would be a lot easier if I got married and came here. I went to university here, did a BSc Honours in Social Administration and found myself thinking: ‘Maybe I should have stayed in India and finished my Medical Studies.’ Because by then I wanted to. You change when you go to a different place, but it was a good experience.” 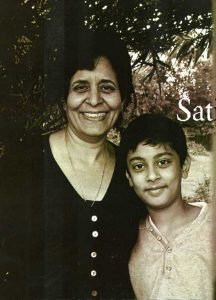 “I was born in New Delhi. I was still studying when my family was asked: ‘Are you searching for a husband for your daughter? She is almost 18 now.’ The boy they meant was coming from Northern Ireland to find a wife and we met briefly in the presence of our families. It was not my husband who decided, it was my mother-in-law who had the last word. We weren’t forced into the arranged marriages though. My family said it was my yes or no that counted. I told them: ‘I know whatever you choose for me will be for the best.’ And so we got married in 1970. I was still studying but I wasn’t very sorry to leave my education behind. I have never regretted my marriage because it was the happiest time of my life.”

“I have been living in Northern Ireland for 28 years. When I was 16 I came to England, because my uncle lived here. I had always wanted to go and often thought: ‘If somebody could just take me to England in a bag or a suitcase!’ I studied in England but didn’t finish my education because I got married to an Indian man by that time. It was an arranged marriage, but based on mutual understanding. However, my husband died of a heart attack very shortly after that, when I was pregnant with my first child. After living with my sister-in-law for a while I moved back to India. My parents took care of my daughter in India, while I moved to Northern Ireland with my second husband. […] I’m happy now, but the memories are there.”

“I was born in Allahabad, India. I did my degree and then worked in pharmacology for two years. I was going to do further education, but I got married instead and had to go to Northern Ireland. I married in 1970 and had never seen my husband before. We never spoke a word to each other before. When I arrived in Great Britain, everything was totally new. I came to my cousin’s house and her sister-in-law asked me down for dinner. I said: ‘I’ll have dinner at night, at 8 o’clock.’ She asked me what time I thought it was. I didn’t know, I didn’t have a watch. She said: ‘It’s 11 o’clock at night!’ It was just so bright outside, in India it gets dark around 7, even in summer time.”

“My story is that my father came in the early 50s and tried to settle in England but ended up in Northern Irelandinstead – he liked the community here better. I came over with my mother and brother when I was 6 and went to primary school here. My husband was from India but he had been living in Northern Ireland for 7 years already. We moved to London, which was difficult for me as there is a big Indian community there but I didn’t speak Hindi at all. We lived in London for 21 years and then we decided to open a jewellry shop in Ballymena. I have closed the shop two years ago and am still happy with that decision – I have more time for my friends now.” 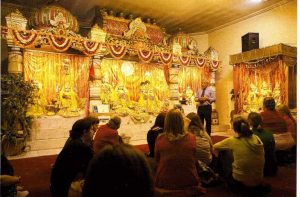 “People have always migrated to other countries and continents. Because of this globalisation, having strong family ties is very important – even though nowadays friends are steadily becoming family. The Bible says ‘Love thy neighbours’ and even though these words have been said thousands of years ago, they are forever. Everyone is each other’s neighbour now. Personally, I believe strongly in faith. Every religion, be it Christianity, Hinduism, Islam, Sikhism, Buddhism, tells us to be connected to God. When you say ‘My religion is better than yours’, that’s a political thing. God is one and I don’t think we can put a label on him. Seeing truth, love and honesty in others is seeing God in everyone.”