What is a Rite of Passage?

What is a Rite of Passage? 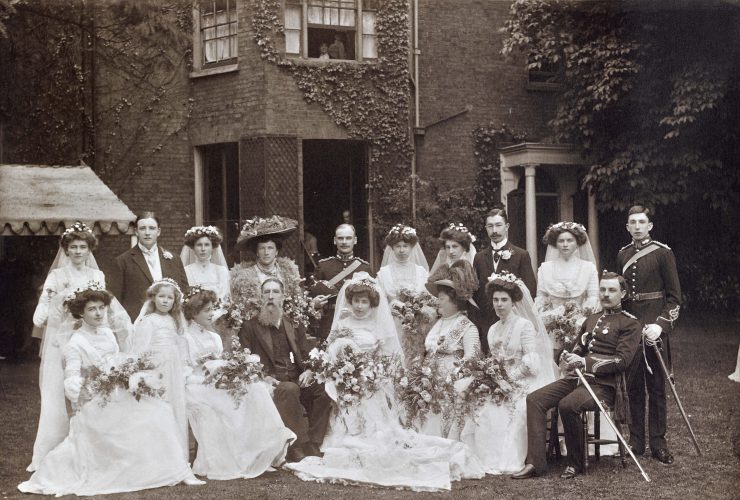 A ‘rite of passage’ is a significant transition in someone’s life that is marked by a ceremony or party. In this project we are looking at births, weddings and funerals and some of the customs that have surrounded these. While some of these traditions have been lost or changed over time, many are still in use today.

“A child is born in Ulster. From infancy it is swathed in custom and its fateful steps will be guided by traditional lucky omens.”
Sam Henry

A baby’s finger nails were not clipped for its first year; instead a mother may have bit the nails. Some thought that if the nails were clipped the child would become a thief. A belief that came from Scotland was that if a girl was baptized after a boy there was a good chance that she would grow a moustache when she was older!

“The oldest form of marriage ceremony in the world was the sharing of food from one dish or plate.”
Sam Henry

This is continued today with the wedding cake cut by the bride and groom and normally shared amongst their guests. Sam Henry writes of a “peculiar Ulster custom” – in a family where there are girls of a “marriageable age”. When one of the girls marries and leaves for her wedding, before anyone else steps on the door-step, a kettle of boiling water provided by a neighbour must be tipped on the step to keep it warm for the next suitor.

Many traditions surround a funeral – usually the coffin would be in the house and mourners would call to pay their respects. When the coffin was removed from the house, the chairs it rested on would be knocked over and the coffin had to be carried feet first through the door. Mirrors were covered in a house where someone died so that a wandering soul, looking for somewhere to live, would not choose them as their home.

A tradition that connected births, marriages and deaths in the past was that it was important to keep the bees informed of each!