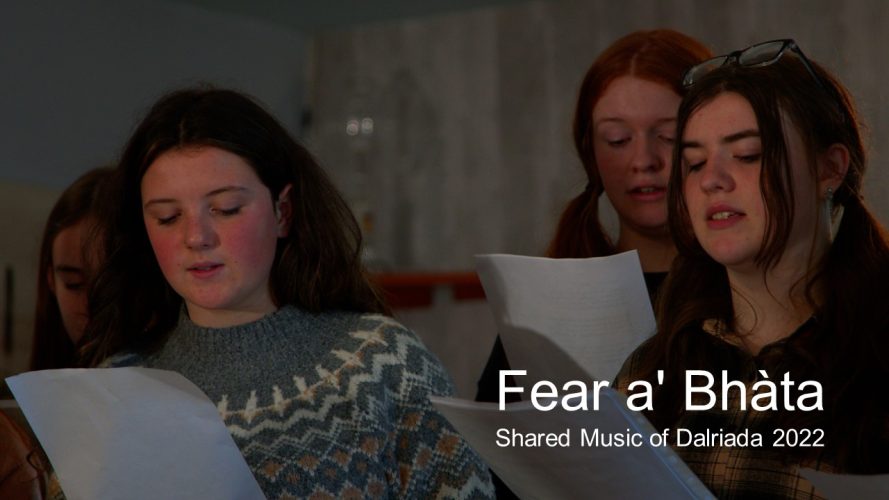 Fear a’ Bhàta or, The Boatman, is an eighteenth century Scots Gaelic song said to have been written by Sìne NicFhionnlaigh from the Isle of Lewis. The song captures the emotions that she endured during their courtship with a Uig fisherman, Dòmhnall MacRath, whom she later married. Originally written in Scots Gaelic, many different versions of the song have circulated over the last 300 years. Fear a’ Bhàta was published in English by Sam Henry in his ‘Songs of the People’ newspaper column in 1939 where he noted that the oldest and fullest version of the song was still sung on Rathlin Island. 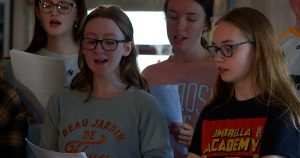 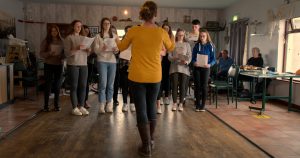 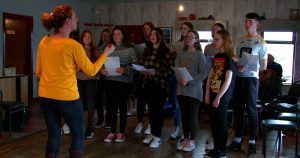 This new recording took place during the 2022 Shared Music of Dalriada residential weekend on Rathlin Island where young musicians came together to explore the traditional music, song, and dance of Ireland, Rathlin and Scotland.  This version of the song, arranged by Deirde Goodlad, combines verses in the original Scots Gaelic, Irish, and English, capturing the spirit of the project and the truly shared musical heritage of North Antrim and Southwest Scotland.

“There is something unique about seeing our area’s young musicians performing such an historic piece of music and I want to congratulate everyone involved.

“This recording will help to further preserve this centuries old piece of music, which has been handed down from generation to generation. The project has helped to shine a light on our shared musical traditions, and it was very fitting that the performance took place on Rathlin Island, which helped to inspire the song.”