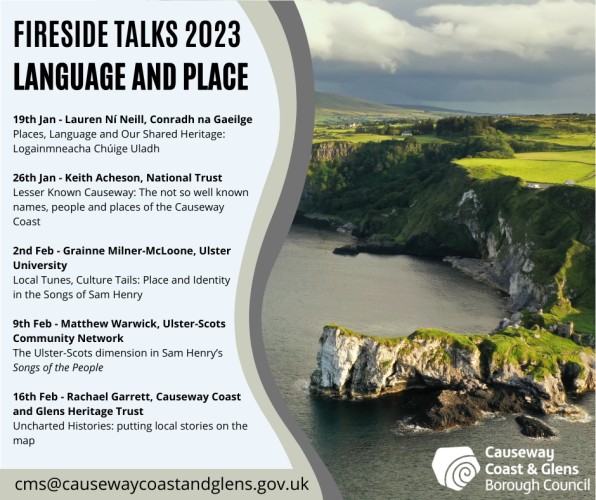 Language and Place across the Causeway Coast and Glens

This year’s Fireside Talks programme features a series of five talks by guest speakers who have used recent or ongoing projects to explore the local use of language and some of the lesser-known places of the Causeway Coast and Glens.

To book your place on what is sure to be a fascinating talk series, contact Museum Services at cms@causewaycoastandglens.gov.uk. 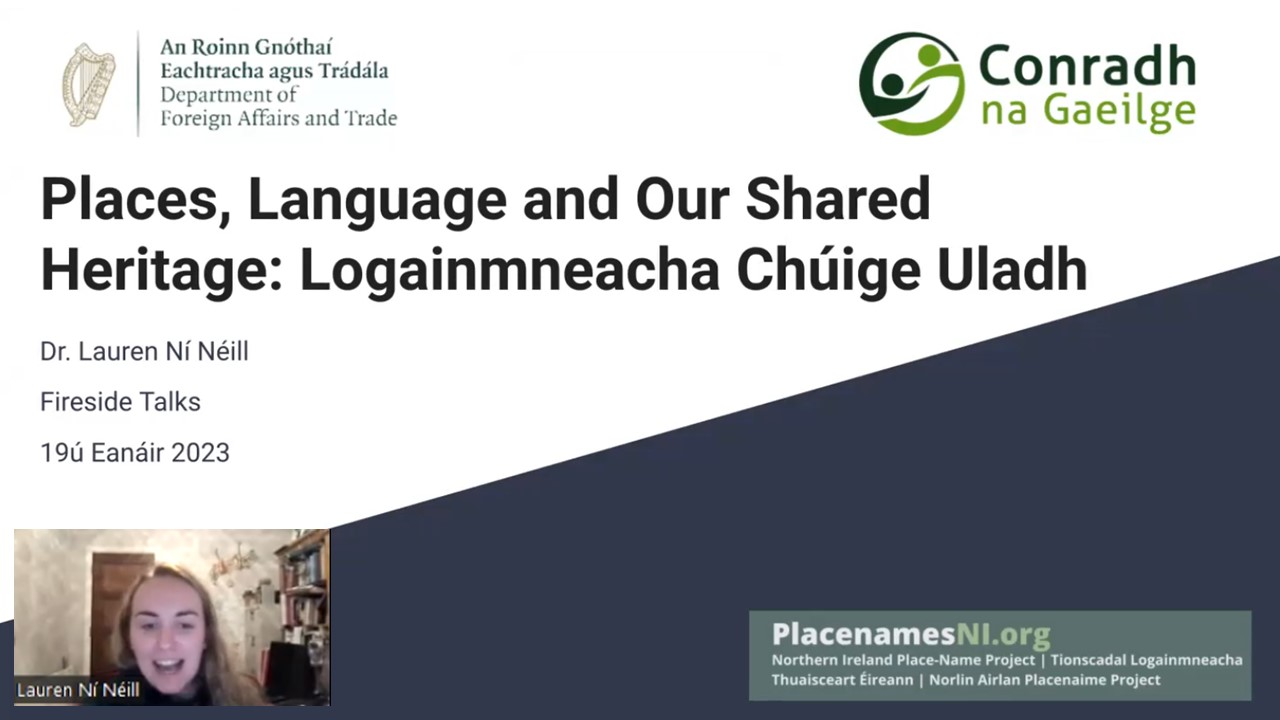 Lesser Known Causeway: The not so well known names, people and places of the Causeway Coast.

Local Tunes, Culture Tails: Place and Identity in the Songs of Sam Henry 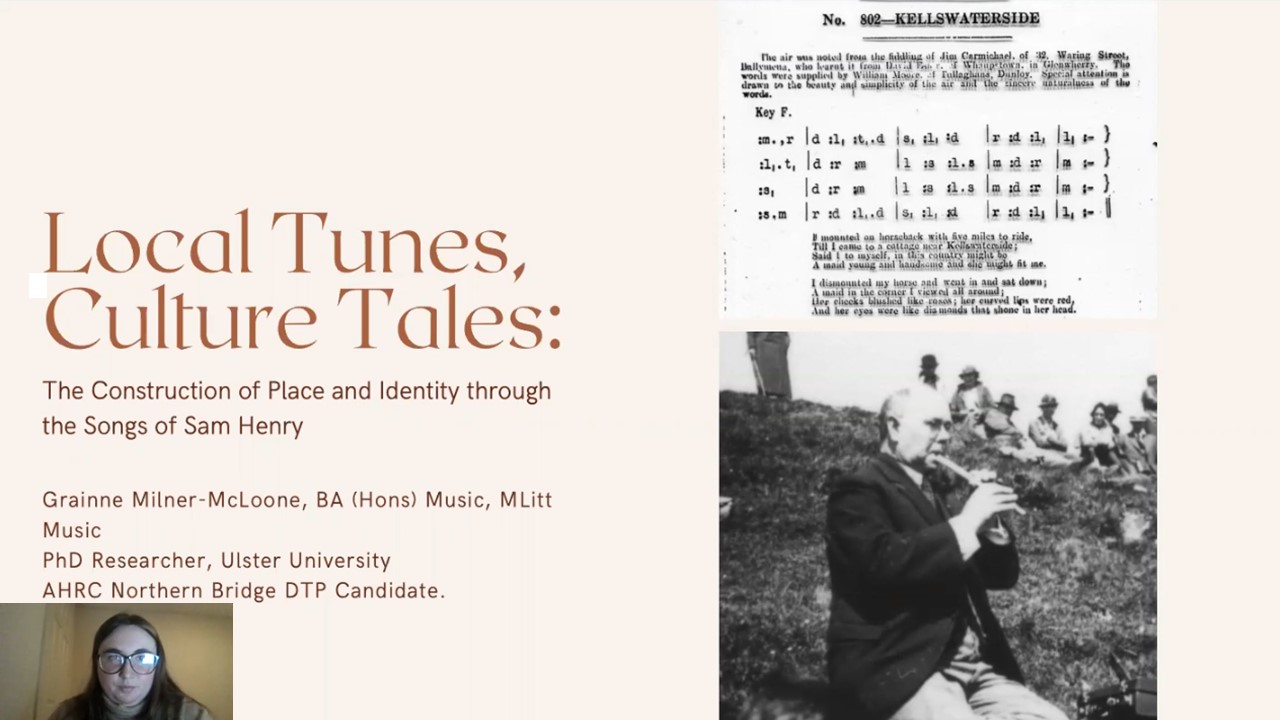