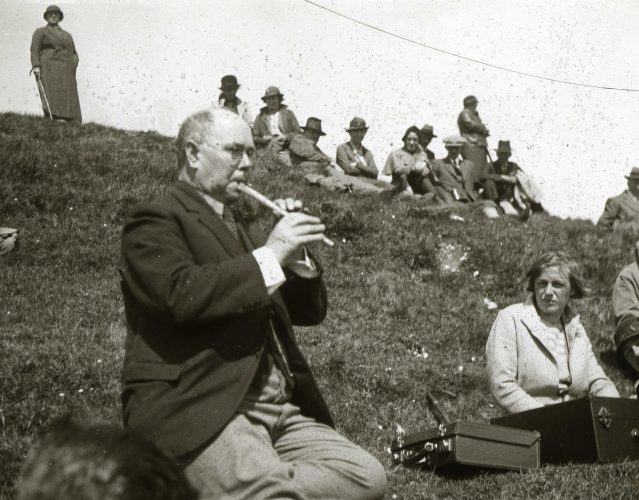 Sam Henry, born in Coleraine, is best known as a Folklorist and recognised for his ‘Songs of the People’ series that ran in the Northern Constitution between 1923 and 1938. His ‘love of people’ motivated much of his work.

Sam worked as a Pensions and Excise Officer. “In my contact with the old, who have all now passed away, I had the rare privilege of sharing their folk lore and their old songs.”

‘Songs of the People’ is the biggest collection of folk songs in the inter-war period in Ulster. As well as printing the series, Sam shared his collection through radio broadcasts on BBC and Radío Éireann. His first broadcast was in May 1925, within the first year of broadcasting activity in Ireland.

In 1906 Sam purchased his first camera. Over the next fifty years he photographed people and places across Ulster – leaving behind an intriguing view of his world. He captured people that he visited and worked with, his friends, as well as places across the region. His photographs are extraordinary and unique.

Sam lectured on various topics across Ulster using his lantern slides to illustrate his talks. He was a keen writer and published articles, poems and several books. He played the violin and the tin whistle.

The collection provides a fascinating snapshot of our Causeway area and its people during the early twentieth century.

Sam’s collection contains documents, diaries, letters, books, glass slides, negatives and personal objects such as his camera, typewriter and field glasses. There are approximately 11,000 items within the collection. 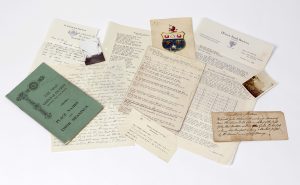