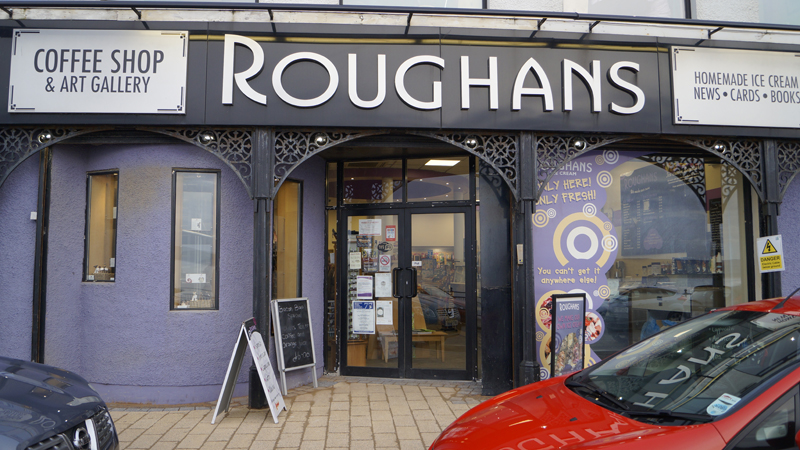 Eimear Friers – In the Trade Secrets memory book I noticed several people had written about a cinema that was was once joined to Roughan’s, (family business established 1952). I was interested in this and wanted to incorporate it into my box design. The Palladium Cinema, formerly just the Cinema opened in 1934. It had 700 seats in 1940, 410 in 1953 but had closed by the early seventies. My idea was to construct a mini cinema inside. On the screen is a slide show of black and white photos of Roughan’s and Portstewart promenade. The exterior has 36 candy stripes, the number of flavours of artisan ice cream now offered by the shop. 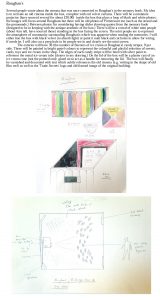 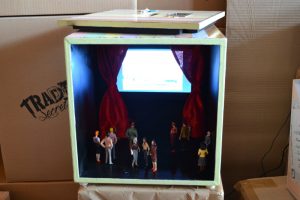 You can view the Roughan’s Memory Book HERE.