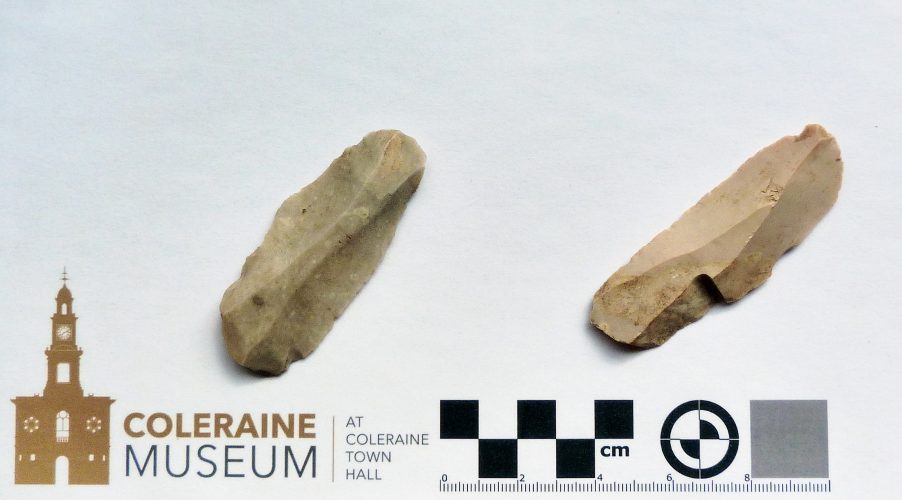 The owners of these objects had just moved into their house which had been built in an old field covered with a lot of stones, rocks and all sorts of debris. They organised for a man they knew as the ‘Stone Picker’ to come and clear the field in order to create a proper garden. The Stone Picker recovered these two objects from an area that used to be given over to potatoes and handed them over the land owners who have kept them ever since.

These two knives are related to other butt-trimmed blades of the Late Mesolithic in that the proximal or butt end has been retouched, reducing the area of the striking platform which is never-the-less still visible on these tools. The cortex has been completely removed from both blades, leaving clean, roughly parallel edges.

The blade on the right exhibits traces of retouch at the distal (pointy) end of the blade. Similar working of the blade is harder to identify on the blade to the left which may have been used without further alteration. Comparable objects have also been found in contexts that may be Neolithic in date.