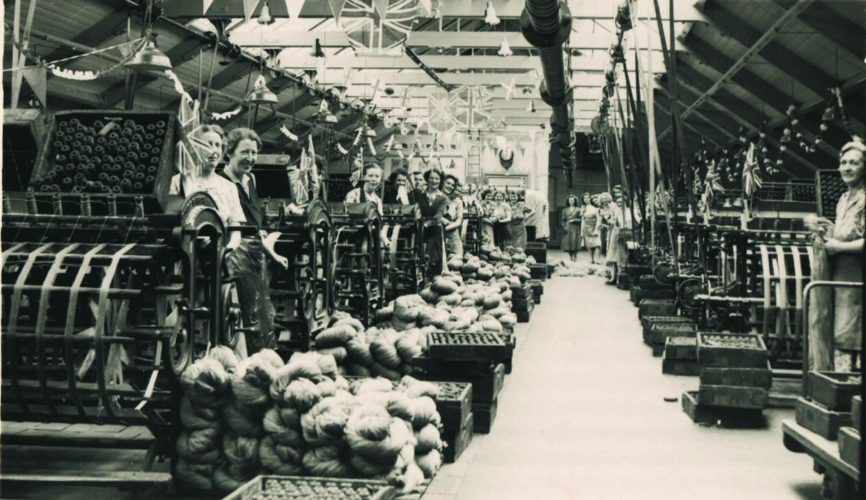 THE MILL HORN, which for generations had summoned the villagers of Balnamore, near Ballymoney, to work, sounded for the last time at 1.20pm on Friday of last week.

The same night work ceased in the large brick building which, for more than 100 years, had provided employment in the flax spinning industry for the people of Balnamore and surrounding district.

The flax spinning firm of Hale, Martin and Co. bought the factory in 1920 from the Braid Water Spinning Co., and from then until his death about a year ago, the managing director was Sir William McCleery, former Minister of Commerce.

At one time, more than 400 people were employed in the factory. Employment figures had been falling in recent years, about 100 being employed when the decision was taken to cease production.

The reason for the close down is the general decline in the linen industry coupled with keen competition from continental spinners.

Much of the production at Balnamore had always been for export, yarn having been sent to the Continent, Argentine and Brazil. The last shipment was despatched a few days ago to a customer in Germany.

The factory’s premises have a floor area of 65,000 square feet, and the dam, which supplies water for power, covers an area of five acres.

The close down of the factory is a sever blow, not only to the factory workers, but to shopkeepers in Balnamore and Ballymoney.

The following fateful notice was posted on the notice board outside Balnamore Mill, Ballymoney, early last week:

‘Lady McCleery and her co-Directors deeply regret that the continuing difficulties in the textile trade compel them to cease production at Balnamore on Friday 29th February, 1959.

‘Lady McCleery deeply regrets the necessity of taking this decision and wishes to express to all workers her grateful appreciation of their loyalty and past services.’