Get involved with the Castle St archive 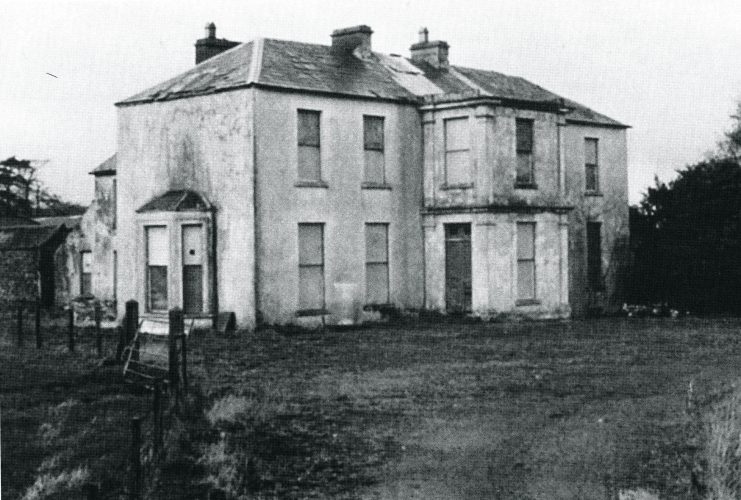 The Hutchinson family links to this area date back to the 16th century. William Hutchinson from Glasgow settled here in 1598 and is buried in Derrykeighan Old Church Yard.

Stranocum Hall was built by the Hutchinsons in the mid-18th century, and remained in the family until the death of James Reynolds Hutchinson in 1856. The estate passed to a distant relative, William Ford, who adopted the surname Hutchinson. The Ford Hutchinsons lived at Stranocum Hall until the 1950s, after which the house gradually fell into disrepair. In 1998 the house was bought by Ballymoney born businessman, Billy O’Neill, who carefully restored it to its former glory.

Daniel Coils worked as a chauffeur for Col. Ford Hutchinson, who lived at Rangerford nearby to Stranocum Hall

‘Col. Ford Hutchinson returned from the 1914-1918 war and was looking for a chauffeur.  He asked my mother to contact me and ask if I would take the post.  I was happy to return to my native village and to reside at the new house built by the Colonel which he called Rangerford.  The name was in honour of the regiment with which he served, the ‘Connaught Rangers’… We made our own electricity at Rangerford using a Gardner engine and 27 cells which gave about 50 volts.  An electric motor pumped water to the house.  The Colonel built a house for me on the other side of his farm.  In addition to electricity it also had a living room, a bathroom, two bedrooms sitting room and a garage.’

Belfast Newsletter 18th Nov 1803
STRANOCUM
To be let, from the first day of November next, for the Term of Ten Years, pursuant to the Will of Richard Hutchinson, Esq.,

THE HOUSE, OFFICE-HOUSES & DEMESNE OF STRANOCUM, containing 185 A. 2R. 22P. Cunningham Measure; the House and Offices are in good Order, the Orchard, Kitchen and Flower Gardens in nice repair, and the Land well laid down in Meadow and Pasture. The River Bush runs through the Demesne, and there is Bog in great abundance convenient; few places are more desirably situated than this, either in point of neighbourhood or sport of the field.