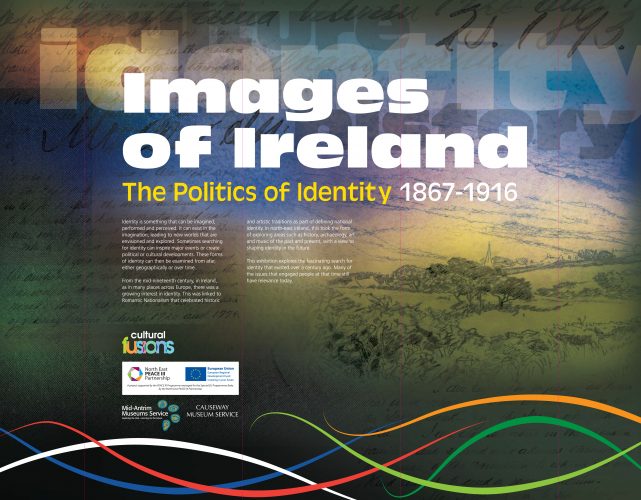 Images of Ireland: Politics of Identity 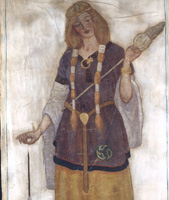 The Images of Ireland exhibition first toured in 2010. It was revived and reinvigorated during this phase of Cultural Fusions. The theme is ‘identity’ – how ideas of Irish, British, Gaelic and Orange identity evolved over the period commonly known as the ‘Celtic Revival’.

From the mid-nineteenth century, in Ireland, as in many places across Europe, there was a growing interest in cultural identity.  This was linked to Romantic Nationalism that celebrated national historic and artistic traditions.

At the same time local identities were being defined in political terms as a result of the Home Rule crisis. The symbols and iconography used to define Irish and British, Unionist and Nationalist, Protestant and Catholic identity became more prescribed and directly in opposition to each other. We are still living with the legacy of this cultural and political division today.

To highlight that the search for identity across this region over one hundred years ago during the Celtic Revival was very similar  to contemporary efforts to shape,  define and understand cultural identity in contemporary times across Northern Ireland

To discuss the impact of political contexts on the building of nationalism, both Unionist and Nationalist across the region  To highlight and discuss the complexity of both identities and role the Arts have played in the formation of these then as in contemporary times. 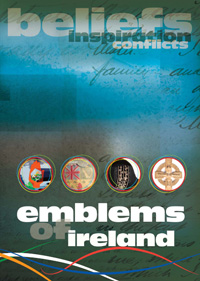 A booklet was produced on the subject of ‘Emblems of Ireland‘. The booklet is free to view
View Booklet 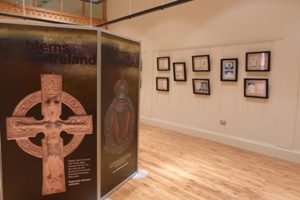 Exhibition panels are available for community venues. To find out more information please contact
To view the panels online click the links below. 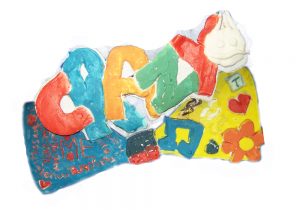 Phase II
Workshop programme and art exhibition
Phase II worked with local secondary schools exploring their responses to issues of identity as presented through key objects and emblems in our collections.  This project used the Images of Ireland exhibition and the Emblems of Ireland booklet to inform heritage based workshops as a first stage.  The students then worked with artists and used different creative media to capture and share those responses.  Their work was then prepared for display alongside they key imagery they responded to.

To use the Images of Ireland: Politics of Identity 1887-1916 exhibition (delivered under Cultural Fusions phase I) to support students to explore key events and milestones that shaped identity across the North East during this period

To understand how this period still influences community, cultural and political identity in the present and to enable dialogue around this

To use the touring Emblems of Ireland exhibition as a resource for further engagement on identity issues with students and community groups. 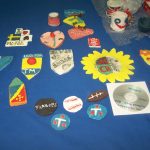 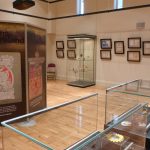