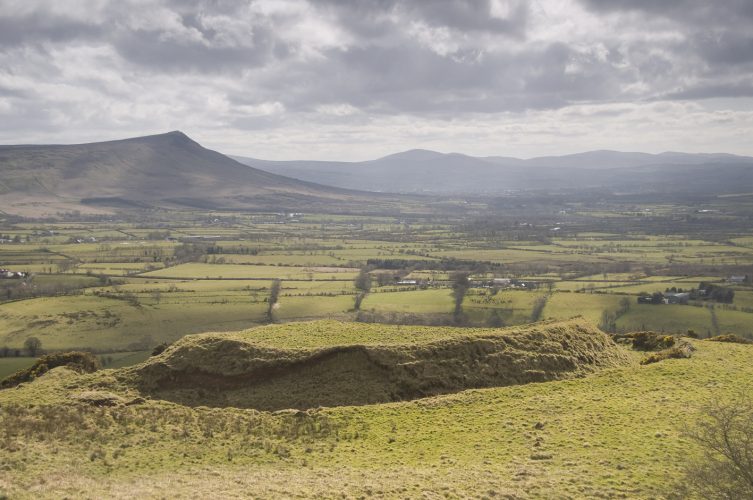 Despite Drumsurn’s distance from the shore, at one time from one to four members of every family went to sea with the Merchant Marine.

The first to pursue a life at sea was John McGlinchy in the 1890s. Attracted by the generous wages compared to those of a farm labourer, he soon persuaded his brother James to join him. James was followed by his sons Willie, James and John – and so a tradition developed.

The headstones in St Matthew’s graveyard testify to this long seagoing tradition, but also to the dangers of a life at sea and the fact that many men never returned. The seafaring tradition has come to an end with the decline of Coleraine and Derry Harbours and Micky Magilligan was to be the last of the Drumsurn sailors. 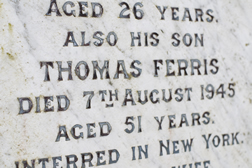 The chapel was built in 1796 at a cost of £166 5 shillings, which was raised by public subscription. It accommodated 400 people and there were no seats inside so people had to bring their own slates to kneel on. There is a font to the right of the doorway which is still believed to hold a cure for warts and other ailments.

Drumsurn and Galvin Old Churches were replaced in 1902 by St Matthew’s Church, which caused some controversy as the new church was supposed to be built half way between the two areas.

The Roe Valley was an important linen manufacturing centre and there were at one time seven flax scutching mills around Drumsurn. Scutching is the process where the woody stalk of the flax plant is broken away from the long linen fibres.

Loughery’s Mill close to Drumagavenney Burn was one of these water-powered scutching mills, which fell into disuse after World War Two. Although the roof has collapsed, the water wheel and some of the original machinery remains, as well as the mill dam.

Cottages for the scutchers were built at the foot of Long’s Lane. They were closely arranged around a square clearing and had their own gardens and orchards. Scutchers were allowed to keep the flax stalks, known as ‘shouse’, to light their fires. Around 1900 the thatched roof of one house caught fire during the night. The fire spread quickly and all five houses were burnt to the ground. Of the families that lived there, only the Mullans stayed in the area.

This unusually large lime kiln was linked with the quarry behind it, and burnt the lime stone before it was transported down the hill to the railway station. The site has wonderful views of the Sperrins to Tyrone.

The quarry is shown on an 1830 map of the area, but the kilns are not shown until 1848. A tramway brought the lime from the kilns down to the Gortnarney Road; the weight of a loaded buggy going downhill brought an empty buggy back up to be refilled. The lime was then taken to the railway station by horse and cart. Lime was often used as an agricultural fertiliser to reduce soil acidity, or as lime mortar in building work. The lime works closed shortly after World War Two.

King’s Fort is one of the best preserved raths in Ulster. It is situated in a very defensive position, with magnificent views to the east, south and west.

A rath is a circular earthwork enclosing a small settlement for an extended family group and their animals. They were used from the Iron Age throughout the medieval period, from 4th to 12th centuries. They are often referred to as ring forts, though there is some debate about whether this type of structure provided adequate defence.

King’s Fort has an impressive deep ditch on the north side, making the bank 6m high externally. There is no bank on the south side where the natural slope of the hills falls away steeply. There is an entrance at the north east and a corresponding causeway over the ditch into the enclosure.

This site was possibly originally an Early Christian cashel and souterrain, but was reused as a killeen – a burial ground for unbaptised children. It has long fallen out of use; the latest known burial here was in 1831.

Kilhoyle, or Kill Chomhghaill, means Church of St Comgall. Local legend says that a church was going to be built here, but that every time the masons started building they returned in the morning find their work demolished. As they were discussing this problem with the local parishioners, two ravens suddenly flew down on the demolished ruins and took hold of a plumb line. They took the line to Balteagh townland. This was taken as a sign that this was a much fitter place to build a church, the remains of which can still be seen in Balteagh graveyard.