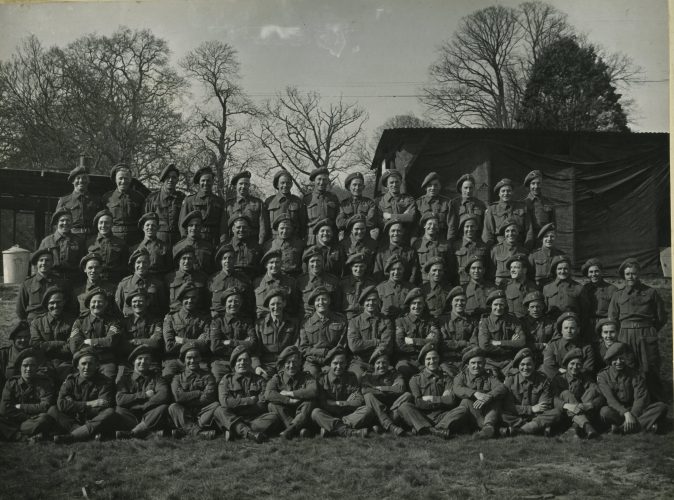 On the 26th May 2006 Coleraine Borough Council launched ‘The Coleraine Battery – The History of 6 Light Anti-Aircraft Battery RA (SR) 1939-1945’. This book was written by local man Ronnie Gamble and edited and project managed by Causeway Museum Service. Funding for this project was secured from the Big Lottery ‘Their Past Your Future’ project commemorating the 60th anniversary of the end of World War Two, which was administered in Northern Ireland by the Northern Ireland Museum Council.

As an exceptional volunteer unit they fought in all the major theatres of WWII.

This unique history is brought to life through 1st hand accounts of the war from the veterans of the ‘Coleraine Battery’. With over 80 contributors, the book reflects the social history side of the war – what everyday life was like, what they ate, people they met (including in some cases their future wives) and places they were at. With over 300 men in the ‘Coleraine Battery’ at one point, the book gives a wonderful insight to the camaraderie that existed between these men that continues to this day, the black humour that sustained them through the darkest days of WWII and of course the tragedies that occurred throughout their six year postings in Africa and Europe.

Published by Causeway Museum Service, the first 1000 copies have been distributed free of charge to Battery veterans, schools, libraries, museums and to appropriate community groups.